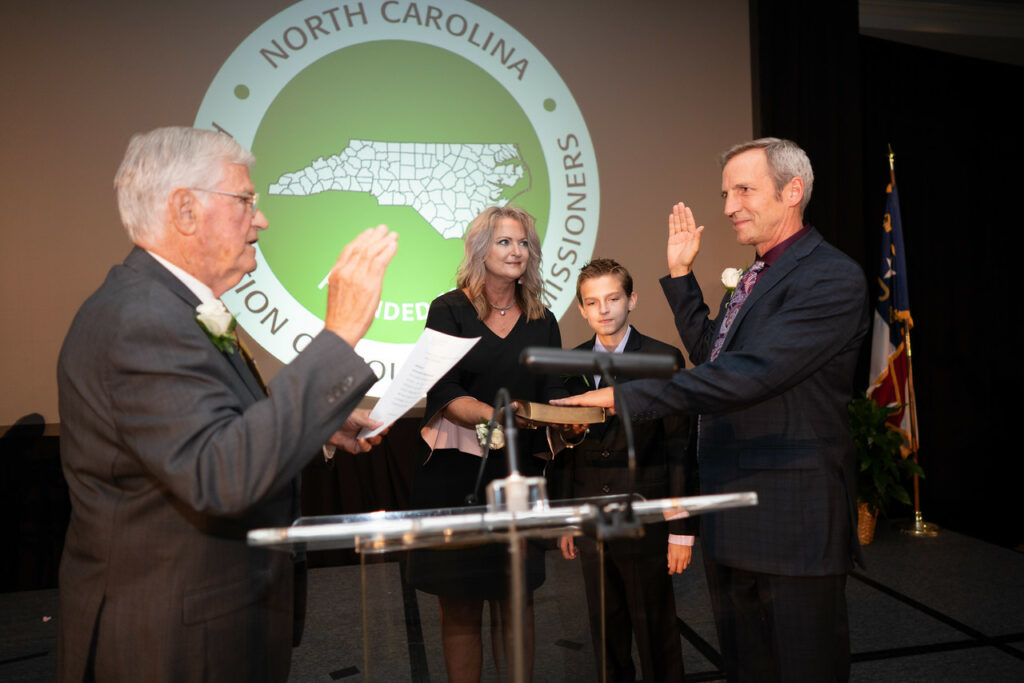 NCACC also celebrated the 10th anniversary of YouthVoice, a program created by Mary Accor, a NCACC Past President and former Cleveland County Commissioner. Each year, NCACC teams up with 4-H Youth Development (a service of NC Cooperative Extension) and Boys & Girls Clubs of North Carolina to bring together youth delegates ages 14-19 and county officials to promote dialogue between current county leaders and the next generation of leaders. It also helps educate youth delegates on the county’s role in their community and the complex art of governing.

Incoming NCACC President, Kevin Austin announced his presidential initiative, which will focus on reducing the rate of disconnected youth by promoting experiential learning and helping students attain higher education or technical certification. The initiative envisions a partnership with myFuture NC, a statewide organization striving to enable 2 million North Carolinians to attain post-secondary degrees or certifications by the year 2030. President Austin plans to convene a county-led Task Force to identify and recommend specific ways counties can help meet this ambitious goal.

President Austin described his initiative. “I’d like to focus on building home grown talent by bridging education and workforce readiness. I want to promote viable employment pathways for students and help them access meaningful careers. My initiative will serve a dual purpose. It will help reduce the rate of disconnected youth while closing the skills gap. In addition, introducing students to local career opportunities can help influence their decision to stay local. This aspect is critically important for the roughly 80 counties in the state that are experiencing population stagnation or decline, including my home county, Yadkin County,” he said.

NCACC also honored the following four individuals for their achievements in support of counties:

NCACC partnered with Guilford County on this year’s conference, which was themed “Connect Your County,” to showcase the pivotal role counties play in connecting community partners. The conference, which is the year’s premier event for counties, provides a forum to conduct official Association business and offers educational and networking opportunities for commissioners and county staff. The conference included various workshops on important county issues such as school funding, cybersecurity, Medicaid Transformation, human trafficking and more. The Institute for Emerging Issues at NC State also led discussions on ways to reconnect North Carolina by leveraging the strengths in rural and urban communities.

The North Carolina Association of County Commissioners (NCACC) is the official voice of all 100 counties on issues being considered by the General Assembly, Congress and federal and state agencies. The Association provides expertise to counties in the areas of advocacy, research, risk management and education and leadership training.