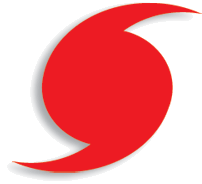 Hurricanes are powerful tropical weather systems with clear circulation and winds of 74 miles per hour or higher. When hurricanes move onto land, they sweep the ocean inward. They can cause tornadoes. They make heavy rains and floods. Hurricanes are grouped into categories based on the wind speed. The stronger the wind speed, the higher the category. Most damage caused by hurricanes is from flooding, not the strong winds.

North Carolina’s coast is one of the nation’s areas most open to a direct hurricane strike because its coastline extends out. All areas of the state – from coastal and sound counties to the mountains – have been impacted by hurricanes in the past 20 years. Heavy winds, tornadoes, strong thunderstorms, flooding, storm surge and landslides can all be caused by hurricanes causing tragic damage.

The Atlantic Hurricane Season runs from June 1 to November 30 with the peak season from mid-August to late October.