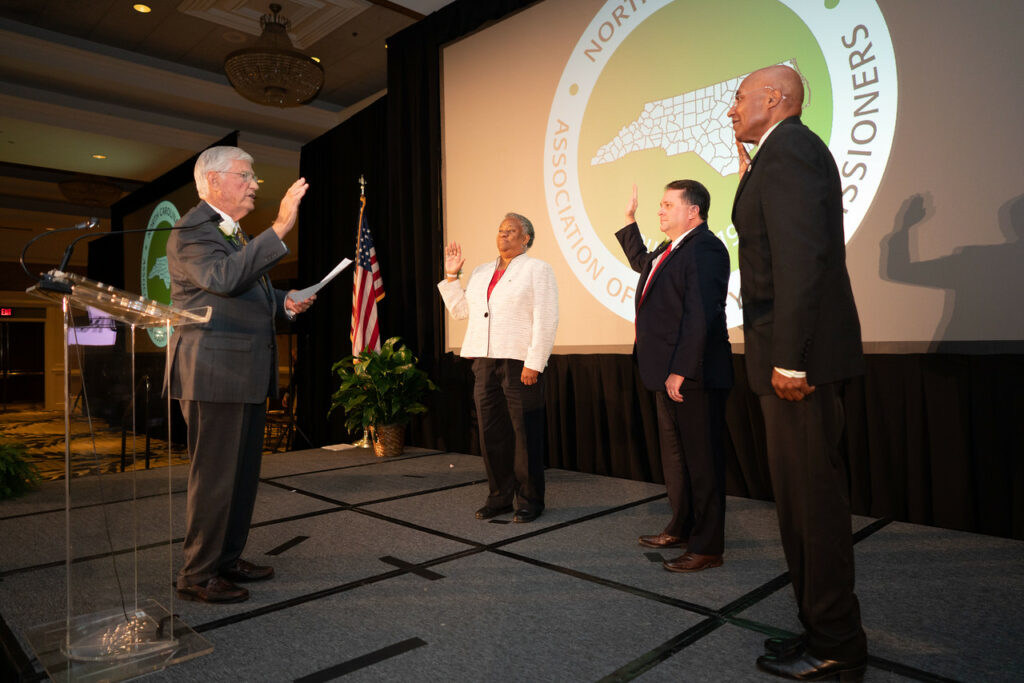 “When it comes to government, counties are where the rubber meets the road,” said Williams. “County governments all across North Carolina provide important, basic services that impact citizens’ daily lives, including school construction, trash collection, courthouse construction and operation, funding our Sheriff’s Office and Register of Deeds office, building and maintaining water and sewer infrastructure, and managing local emergency response efforts, just to name a few. While every county is different, all North Carolina Counties face certain common challenges, and we must address those issues with a strong, united voice.”

“Actions taken by the state and federal governments impact county governments and county residents in many ways, and often bring unintended consequences,” Williams added. “It is critical that North Carolina’s counties speak with a strong voice on these issues, and I look forward to continuing to work with commissioners from all 100 counties to ensure that the NCACC remains that voice. With that said, Brunswick County is and remains my number one priority. I only have the opportunity to serve our association because I serve our great county.”

Williams is in his second term as a Brunswick County Commissioner and currently serves as the board’s chair. He also serves as chair of the Cape Fear Rural Planning Organization Transportation Advisory Committee and on the boards of the Wilmington Urban Area Metropolitan Planning Organization (WMPO) and Brunswick Business & Industry Development (Brunswick BID).  He previously chaired the NCACC General Government steering committee.

The North Carolina Association of County Commissioners (NCACC) is the official voice of all 100 counties on issues being considered by the General Assembly, Congress and federal and state agencies. Founded in 1908, the Association provides expertise to counties in the areas of lobbying, fiscal and legal research, communications, intergovernmental relations, information technology, field visits and risk management services. For more information visit http://www.ncacc.org.